There has been quite a bit said about Rick Owens, and he is a designer I have always admired. As with any designer I admire, I am often curious about their sources of inspiration and methods for execution. Inspiration and execution are two elements that go hand in hand for creative types.

One of the greatest feelings in life is inspiration. A moment of inspiration yields thought, hope, energy, and joy. Inspiration compels us to take action towards a goal. Countless individuals are inspired each and every day, but are paralyzed with fear and doubt about executing their vision. Timing is everything. How many times have you heard that? Often, the when seems to be the most important factor in this hyper-connected world of 24/7 fashion blogs, celebrity news, and fast fashion. Speed builds trends. Speed kills trends. More importantly, speed kills those who cannot keep up, which is why execution is key. Rick Owens once said:

“There’s a lot of people that could be designers, a lot of people have great ideas, but it’s the execution. It’s easy to have inspiration and have a vision and an aesthetic, but if you don’t have the execution and you don’t get it out there properly and on time, it doesn’t matter. It’ll sink. I really don’t overestimate my role in this. Getting it out there, and on time, that’s key.” 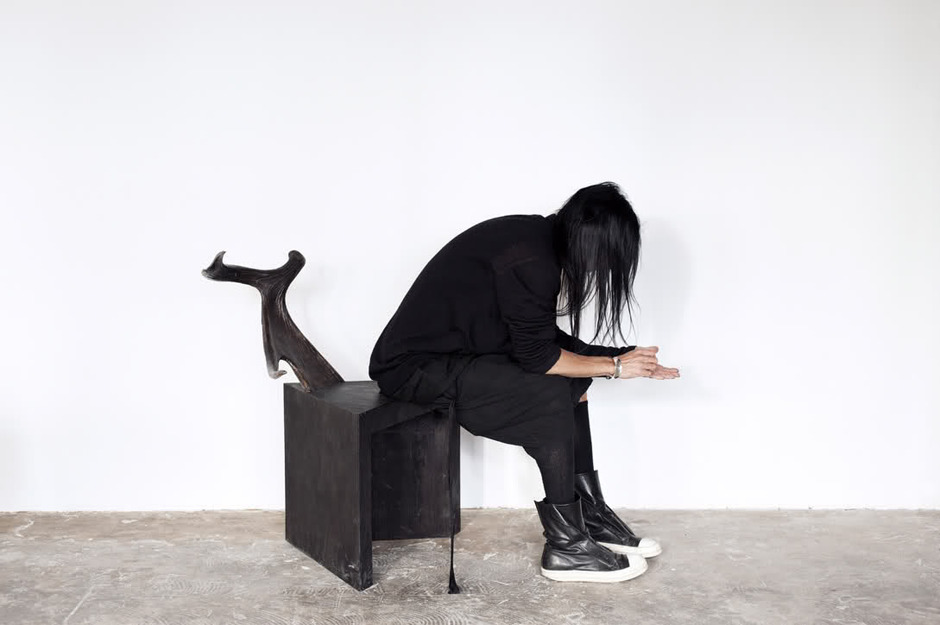 In terms of his design process, Rick Owens once revealed he doesn’t like to sketch. A fashion designer who doesn’t sketch!? WTF? I guess if you are sort of like a genius, you don’t necessarily have to follow the conventional process. It just flows. One of my favorite quotes from Rick Owens when asked why he doesn’t sketch is:

“Just get to the point! It’s just an unnecessary step that is not really true. It’s just superficial, it’s not technical. It’s just kind of masturbation. It’s just jacking off. Get a step closer to actually realizing it instead of having some kind of fantasy about it. Just do it instead of talking about it so much. I look at my own work and what seems to be the most true expression and I think, “How do I go a step beyond that?” I guess that’s my process. But… All of these things that I say about process, you know I’m a fraud, right? I don’t know what the fuck I’m doing! I can tell you all these things about how I do it, but I just don’t know.”

So where does Rick get his inspiration from? What truly inspires Rick Owens? Well . . . it’s architecture, and this is evident in much of his clothing. It also probably explains why he has some of the most interesting, minimalist interior design in his retail stores. If you are a fan of design, then the medium is not always so important. People have their favorite disciplines, but I believe fashion and architecture are two of the most fascinating and challenging areas of design. This is because both fashion and architecture make an impression on our everyday lives, not just aesthetically, but functionally. How we dress and how we interact in our environment is important. The average person does not typically think about it until he or she has a negative experience. This is why I have such great admiration for Rick Owens. He has the ability to draw inspiration from other seemingly unrelated areas of design and incorporate them into his own field of work, his clothes . . . and make them look really fucking amazing.

Apparently, Rick Owens has the whole inspiration to execution thing down because he has maintained his relevancy in the fashion industry for over 20 years. Originally a Los Angeles-based designer, Rick Owens opened his eponymous label in 1994, creating asymmetrical dresses, sculptural t-shirts, and signature distressed leather jackets. As I mentioned earlier, a look that has been described by many as “glamour meets grunge”. His presence is especially strong today in the “high-street” movement with many celebrities, influencers, and tastemakers donning his wares.

With the current ubiquity of fashion, brought on by strategic shifts in luxury brand business models, trendy fast-fashion retailers, and haute fashion blogs, there have been plenty of Rick copycats. Despite all of this, Rick Owens has remained authentic, innovative, and of course . . . cool. A true inspiration.